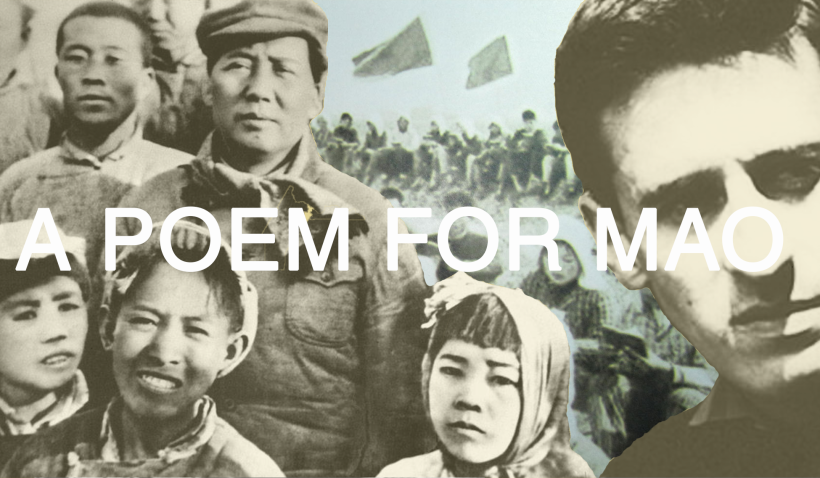 Mao Zedong led
Marxism-Leninism until its last consequences
at least in a fundamental aspect:
the one to build the worker-Peasant Alliance
in the bosom of the people’s war
and take the power this way.

following Lenin, defined the people, placed
the classes and social layers that formed the people
and thus located the inner national enemy, support
from the foreign imperialists.

and in the bosom of the people distinguished the two forces:
the main force and the leading force.

Some who wanted to take from Leninism only appearances
they believed that it would be enough for the leading force to highlight the cities,
the “nerve centers of the country”,
with strikes and demonstrations that will gradually progress
towards the insurrection.

that meant in fact  keeping separate
the leading force of the main force,
taking into account the vast geographical expanse of China.

there were great killings because of this conception.
the Chinese working class was slaughtered and not only symbolically
in Shanghai and other great cities.

Mao Zedong pulled the Leninism out of the trap of cities
and in the heads and breasts and arms of the workers
and in the heads and mouth and the hands of the intellectuals
and into the party organizations:
he took the leading force
towards the heart-Impregnable Fortress-of the main force,
the working masses of the field.
and he taught us, also, that at the time of imperialist aggression
this task is from the beginning a task
that in one sense or another
needs the guarantee of weapons.

so the Communist Party of China,

the party of the working class,
could unite the workers of the field
for the great war of the people, the double war of the people:
the war against the Japanese imperialist invasion
and the war against the Chinese ruling class
and its common lackeys,
the militarists of exploitation
by the bloody Jiang Kai-shek;
the war for national liberation
and the war for the New Democracy
that opened the path of socialism.

this is how the Leninism entered
the world of colonized countries:
through rivers and deserts in the long march to the north,
smelling of blood and gunpowder,
suffering from hunger and thirst,
barefoot and ragged but with glaring rifles
(“power is born of the rifle but the rifle is directed by the party”)
painting ideograms under the light of oil lamps:
under the rain and the snow and the relentless sun,
like a workers torch, lifted up to heaven
the flames of the peasants’ prairie,
until it turns the sun red.

From “a red book for Lenin”